Ever since i saw a mobile robot named Accbot  made by my friend praveen Sridhar, which  used an arduino board programmed with javascript, i began exploring for other ways of programming an arduino without using the standard c++ code.

It was during that time i came across the new firmware LIFA by National Instruments which provided an interface to integrate arduino with LabView.More about LIFA can be found here.

Since I was so passionate about robots i decide to build a mobile robot controlled by labview.
And that was how LabBot1.0 , my labview controlled mobile robot was created.

The LabBot had the following interfaces:

1.Control Panel: A control panel for controlling and guiding the movement of the robot.The front control panel had 4 buttons for each direction and 4 indicator lights to indicate the direction of movement.

2.Sensor Interface :  The front panel also included a sensor interface for  providing an interface between sensors used in the mobile robot and the user.Here for this robot i used only a IR sensor and a corresponding level indicator was included in the front panel. 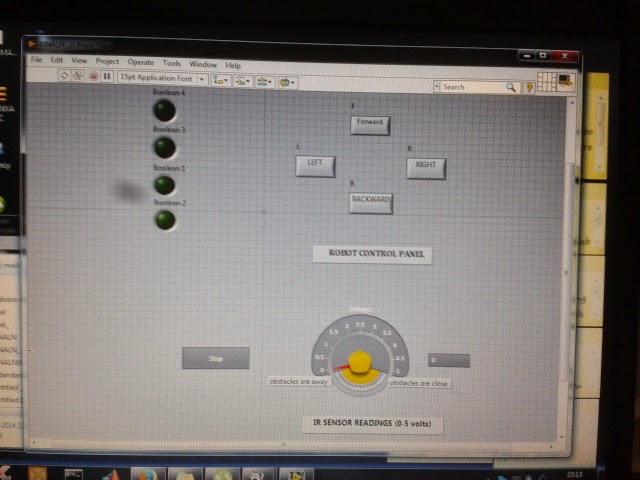 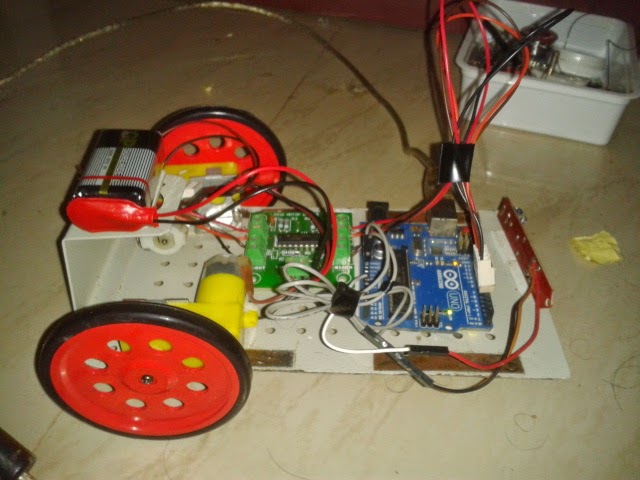 It took me some time to integrate the arduino with labview ,since my laptop didnt had  a few drivers.But once i got the drivers installed in my system it took me just few hours to get my robot running.Here is the video of my LabBot1.0.